One of the oldest established growing operations in the Honeybear Brands family of growers, Oakwood Fruit Farms has been in business since the early 1900s. First planted by Albert Louis and expanded in the 1930s by Bill Louis, most of the modern day expansion happened in the 1950s when John Louis became involved.

Oakwood is now run by the Louis and Alvin families and consists of more than 200 acres, producing 20 different apple varieties. The Farm’s popular retail store is a center for locals and visitors to the region alike selling fresh donuts, apple cider, fresh and frozen baked pies. Apples grown at Oakwood include Macintosh, Zestar, Honeycrisp and Pazzaz among others. 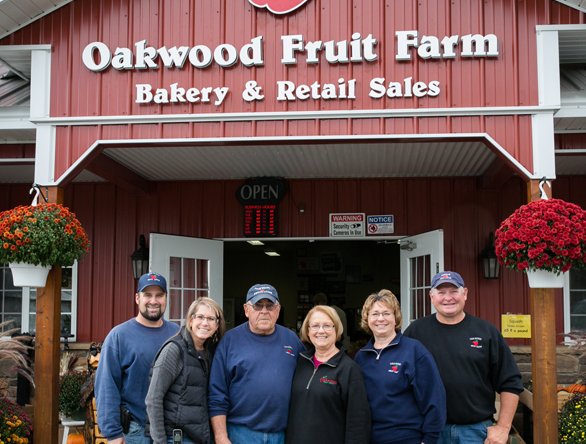